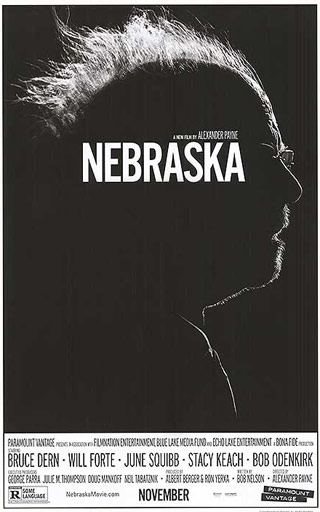 From Academy Award® winner Alexander Payne, the director of Sideways and The Descendants, comes the film that critics are calling an American masterpiece. When a father (Bruce Dern) and his adult son (Will Forte) embark on a journey to claim a million-dollar prize, what begins as a fool’s errand becomes a search for the road to redemption. Discover why Richard Roeper, Chicago Sun-Times critic called Nebraska “one of those movies I’ll watch for the rest of my life.”